But Willie was shading his eyes with his hand, looking further along. Look Da, he said. Some other bugger already digged it up. It was true, there was a patch of freshly turned soil, laced with dew, sucking up the light. He squinted at the plants in the tumbled dirt. The brightness of the early sunlight made things hard to see. A few daisies lay loose, their thick roots broken. He scuffed at one with his heel and it came out easily.

He had dreamed of this place, had allowed himself to love it too soon. All the time he had dreamed, forced himself against wind and tide and fatigue, driven by longing, all that time it had been too late. Some other man had set his foot there, worked it with his pick. Like every other hope, this one had been snatched away from him.

Thornhill stared at the patch of dirt, drying grey now the sun was on it. Dick would be right, he thought, except that everyone knew the blacks did not plant things. They wandered about, taking food as it came under their hand. They might grub things out of the dirt if they happened on them, or pick something off a bush as they passed. But, like children, they did not plant today so that they could eat tomorrow.

It was why they were called savages.

He lay awake (...) and thought about their neighbours, thanks to whom the Thornhill family had eaten better than usual.

It was true the blacks made no fields or fences, and built no houses worth the name, roaming around with no thought for the morrow. It was true that they did not even know enough to cover their nakedness, but sat with their bare arses on the dirt like dogs. In all these ways they were nothing but savages.

On the other hand, they did not seeem to have to work to come by the little they needed. They spent time every day filling their dishes and catching the creatures that hung from their belts. But afterwards they seemed to have plenty of time left for sitting by their fires talking and laughing and stroking the chubby limbs of their babies.

By contrast, the Thornhill household was up with the sun, hacking at the weeds around the corn, lugging water, chopping away at the forest that hemmed them in. Only when the sun slipped down behind the ridge did they take their ease, and by then no one seemed to feel much like fun and games.

On occasion of any native coming armed, or in a hostile manner without arms, or in unarmed parties exceeding six in number, to any farm belonging to British subjects, such natives are first to be desired in a civil manner to depart from the said farm. And if they persist in remaining thereon, they are then to be driven away by force of arms by the settlers themselves.

Of the blacks, Long Jack was the only one left on that part of the river. Such others as there might have been had retreated to the reserve that the Governor had set aside at Sackville, and lived on what the Governor was pleased to provide. It was thought they would die out. They did not seem to have the constitution needed to succeed. Those who did not die would marry among the lesser kind of whites. Learned gentlemen had announced that the blackness would be bred out in a few generations.

The learned gentlemen did not go to the Sackville Reserve to look, but if they had they would have seen that they were wrong. The place was full of children running and calling everywhere, and even if some of them had lighter skins than others, there was no mistaking that they were part of the tribe. In spite of everything, it seemed that the blacks were not going to disappear.

At his touch Jack came to life. No, he said.

It was the first time Thornhill had ever heard him use an English word.

Jack slapped his hand on the ground so hard a puff of dust flew up and wafted away. This me, he said. My place. He smoothed the dirt with his palm so it left a patch like the scar on his head.(...)

Thornhill felt a pang. No man had worked harder than he had done, and he had been rewarded for his labour. (...) He would have said he had everything a man could want.

But there was an emptiness as he watched Jack's hand caressing the dirt. This was something he did not have: a place that was part of his flesh and spirit. There was no part of the world he would keep coming back to, the way Jack did, just to feel it under him. 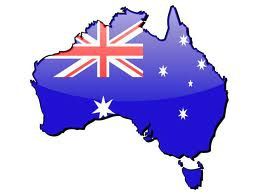